A Democratic plan to stretch expanded unemployment insurance through December 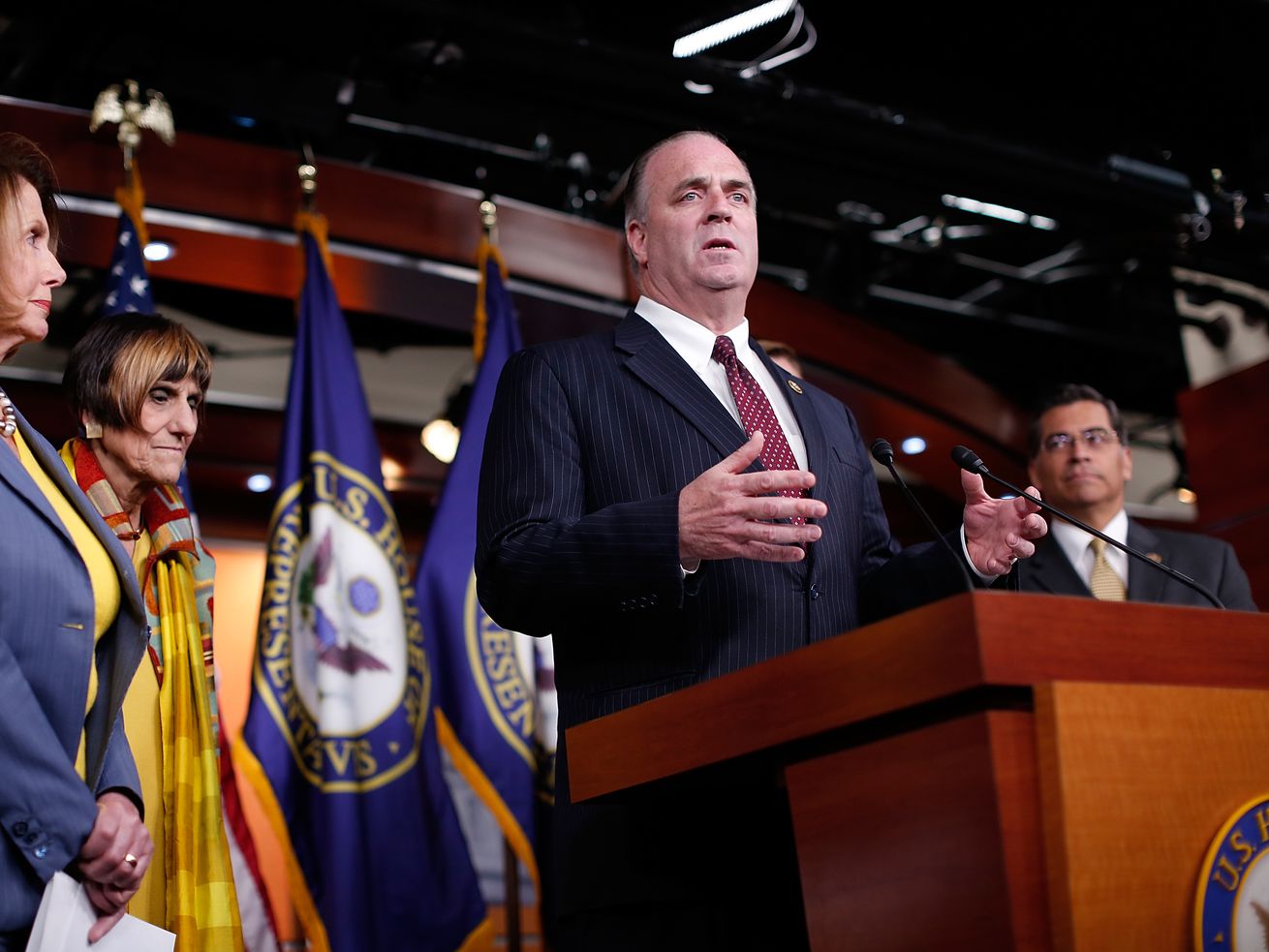 Expanded unemployment benefits end in late July. Rep. Dan Kildee of Michigan wants to extend them through the rest of the year.

Even as some states start reopening, there’s little sign the coronavirus pandemic — or most of its adverse economic effects — will end anytime soon. But the $600-per-week lifeline the federal government extended to newly laid-off Americans will.

The aim of that money is two-fold: to keep millions of newly jobless Americans and their dependents financially afloat in a time of great economic uncertainty, and to keep them at home and not potentially getting exposed to the coronavirus at work. But these expanded benefits will run out in late July, after which Americans will have to fall back on smaller amounts of state benefits.

A new bill introduced by Rep. Dan Kildee (D-MI) would extend the amount of time people who are unemployed due to the coronavirus can stay on the federal government’s expanded unemployment insurance until December 31, 2020.

“We can’t have these short-term interventions for what will be a long-term problem,” Kildee told Vox in a recent interview. “We need to scale the response to the actual crisis.”

In essence, Kildee is trying to ensure people who are laid off or impacted by the coronavirus economic crisis after July 31 still have a safety net to fall back on.

“We’re going to see rolling layoffs, somebody could get laid off in October or September,” Kildee told Vox. “What we’re trying to do with this legislation is realistically frame the benefit to what we think the course of the crisis actually looks like and be realistic that we’re in this for a while.”

Kildee introduced the bill as the House is working on its draft of the next coronavirus relief package, which will largely focus on getting money to states, House Speaker Nancy Pelosi has said. But given the depth of the economic crisis, Democrats are also looking at the possibility of either extending expanded unemployment insurance or extending the amount of time laid-off people can be on their state’s unemployment benefits. He’s hopeful this bill, which has 53 cosponsors, makes it into the next package, or at least goes into effect before July 31 rolls around.

It’s a medium-term idea, one that goes further than the immediate Band-Aid Congress slapped on in March and addresses the crisis’s continued impact on Americans beyond the summer. But it doesn’t go so far as other options floating around Capitol Hill, like one by Sen. Michael Bennet that would increase the federal government’s role in the unemployment insurance system long term.

Even so, other House Democrats admitted Kildee’s bill could have a steep climb in the Republican-controlled Senate, where Senate Majority Leader Mitch McConnell has signaled he wants to be cautious about further federal coronavirus spending.

“Dan is painting a picture where it’s going to be really tough for the rest of the year, and I respect that,” Rep. Don Beyer (D-VA), vice-chair of Congress’s Joint Economic Committee, told Vox. “But it has to get through Mitch McConnell and the president, too.”

What Kildee’s bill would do

As the CARES Act currently stands, laid-off or furloughed workers impacted by the coronavirus (including freelancers and self-employed people) can apply for unemployment insurance through their state. The federal government is now providing $600 extra per week, on top of each state’s base weekly benefit.

However, that expanded benefit will run out at the end of July unless Congress extends it. And as of yet, there’s no guarantee the economy will snap back into shape by mid-summer. Beyer’s committee recently released a report citing a sobering statistic from the nonpartisan Congressional Budget Office: Unemployment could remain at 9.5 percent by the end of 2021, especially if social distancing measures continue throughout the rest of this year. For comparison, peak unemployment during the Great Recession was around 10 percent.

“The biggest question for the economists has been V shape, U shape, L shape [recovery],” Beyer said. “No one says V shape. The economists are saying U shape, and the decisions we make could determine how flat that U is.”

In other words, we still don’t know when the economic situation we’re in will end, but no one thinks there will be a quick, steep recovery after this precipitous decline. And it’s entirely plausible this drags on for many people, as my colleagues Emily Stewart and Dylan Scott explained, past the end of July.

That’s where Kildee’s bill steps in. Here’s what it would do.

“We want to make sure they have some safety net available for them,” Kildee said.

Kildee’s bill is one of a few others on Capitol Hill relating to UI, including a bill from Sen. Michael Bennet (D-CO), who is looking at something called “automatic stabilizers.” The idea behind Bennet’s plan is that the federal government should step in to fund unemployment insurance when there’s a sudden dip in the national economy due to an emergency, and then ease up on federal funds when things return to normal.

The plan would vastly ramp up “extended benefits,” the long-neglected part of the UI system mentioned above that is already part of the unemployment insurance law, and adds emergency money during large downturns. Bennet’s plan would fully federally fund the program, taking pressure off states, and trigger extended benefits automatically when the unemployment rate spikes, or if it ever exceeds 6.5 percent. It would set benefits to 100 percent replace wages, up to a maximum level (set at 80 percent of the median wage) during public health emergencies like the coronavirus.

Kildee’s plan instead has a set date for when expanded UI would stop, focusing on the immediate problem. It’s a plan that anticipates a continuing US economic crisis and expands the safety net to prepare for it.

Share:
2020-06-24
Siow Wan Liang
Previous: Coronavirus stimulus money will be wasted on fossil fuels
Next: How to get the coronavirus unemployment benefits, explained