FRENKIE DE JONG is furious with Barcelona’s medical team over how his latest injury has been diagnosed, according to reports.

The 23-year-old Dutchman is now threatening to return to the Netherlands for treatment after he was ruled out of action for longer than expected.

That is the claim of Cat Radio, who claim De Jong is now aware his calf problem has probably ruled him out for the rest of the La Liga campaign.

The midfield star, who cost £67million from Ajax a year ago, is not the one one unhappy with the medical department at the Nou Camp.

Several other Barcelona players are also unhappy with the way injuries are being handled.

And “there is a growing unease” in the dressing room among the squad.

Both Samuel Umtiti and Ousmane Dembele were highlighted in the report as examples.

The pair have each headed to Qatar for treatment on respective injuries rather than go with the club’s own physio team.

De Jong started for Barca on their return to La Liga action in the 4-0 victory over Mallorca on June 13.

But he then missed the following clashes against Leganes and the goalless draw against Sevilla on Friday.

De Jong had been an almost ever-present in the team this term before that, making 38 appearances in all competitions and missing just three games, providing two goals and two assists.

Manager Quique Setien admitted De Jong will miss tonight’s home clash with Athletic Bilbao but was confident the Holland ace would be back to help Barca attempt to defend their title from Real Madrid over the final eight matches.

He said: “He has a small injury in the area of his calf and we’ll see how he progresses. But I’m sure he’ll be able to play a few games.

“He’s a complete player because he gives us a lot of things when we have the ball, but he’s also physical and covers a lot of space.

“He’s young, he has dynamism, enthusiasm and quality. He’s learning many things we’ve been trying to improve.

“It’s true that he’s an important loss and he could help us a lot. We’re a little upset that he’s not there, but these are things you have to adapt to.”

Meanwhile Setien said Dembele is progressing well in his recovery from a thigh injury but his return to group training “will have to wait”. 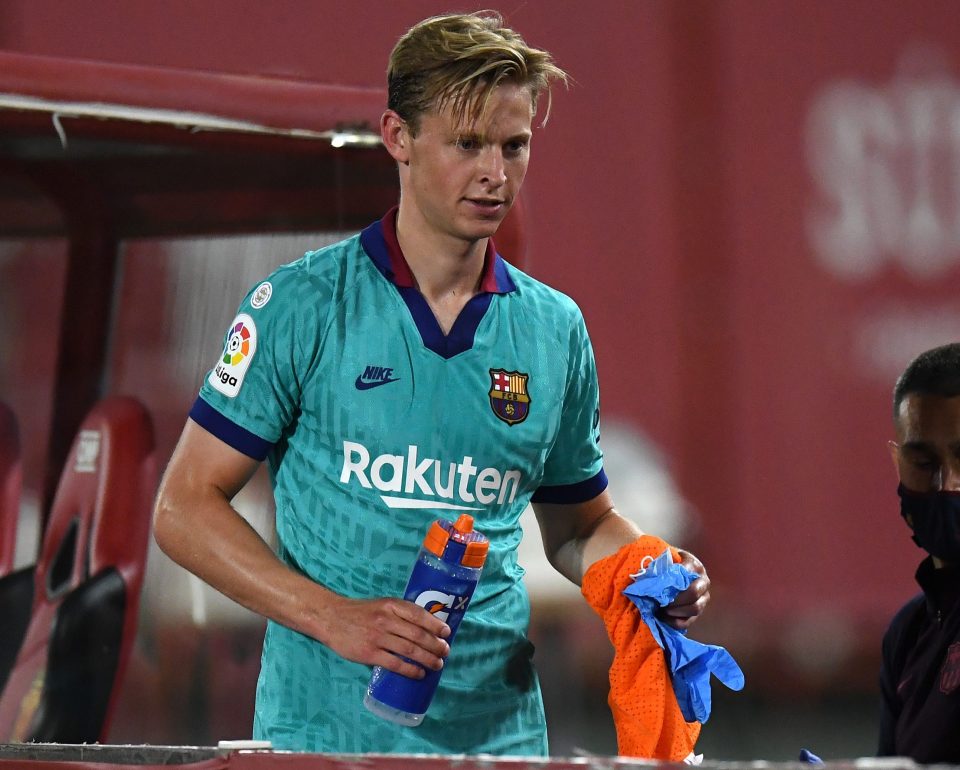