The activist was detained at a rented apartment in the Russian capital on Sunday. Between two and 10 people forced their way into the flat and Verzilov “disappeared” afterwards, according to MediaZona – an alternative media outlet created as a spin off from Pussy Riot – which cited eyewitnesses. Footage circulating online shows the door of the flat badly damaged in the aftermath of the incident.

Later the same day, Verzilov himself told MediaZona that he was questioned over allegedly using violence against a law enforcement officer last summer, amid unrest.

But human rights advocate Marina Litvinovich told reporters a few hours later that Verzilov was interrogated about the matter as a witness and not as a suspect. She added that the activist was eventually detained after he had already left the police station following initial questioning.

Verzilov was taken into custody after he was allegedly seen swearing in public and involved in a fight with another individual. He told Mediazona he was “attacked” by someone he described as “provocateur.”

Verzilov is best known for his involvement with the self-styled ‘punk band’ Pussy Riot and the ‘art collective’ Voina (The War). The groups are known for staging assorted politically motivated – and sometimes sexually explicit – stunts, repeatedly incurring the wrath of Russian authorities.

The activist was notably in media spotlight in late 2018, when he was apparently was taken ill in Moscow. His associates, and some American and British press correspondents, were quick to point the finger at the Russian government for “poisoning” him. However, no actual evidence has ever emerged to support the claim.

Assuming Verzilov’s comments to MediaZona are accurate, he’s now the subject of an investigation over events in Moscow in the summer of 2019. Back then, large crowds of opposition supporters took to the streets to voice their anger over several dozen candidates being disqualified from taking part in a city council election.

Some, but by no means all, of the rallies were unauthorised and featured violent scenes involving police and protestors. Organisers accused Moscow police of quelling the protests using heavy handed means.

Verzilov’s arrest sparked a flurry of speculation on social media, and in some Russian news outlets, where reporting accuracy was rather tenuous.

There were initial suggestions that he had been detained by the police anti-extremism division. MediaZona and several other pro-opposition outlets initially described the incident as a “kidnapping” of the activist.

Britain’s state broadcaster BBC raised plenty of eyebrows when it announced that Verzilov had planned to stand in front of a tank during a rehearsal for this week’s re-scheduled ‘Victory Day parade’ in Moscow. The outlet – which has received tens of millions of pounds from the London government to bulk up its coverage of Russia – told its readers that Verzilov was hoping to emulate the iconic Tiananmen Square ‘tank man’ photo from 1989. 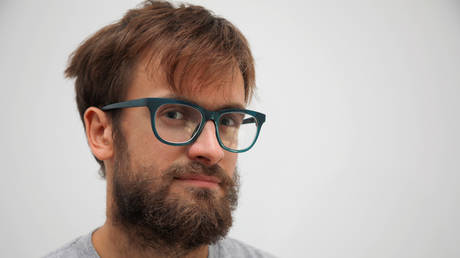