A court in Saint Petersburg has given Viktor Filinkov and Yuly Boyarshinov, both accused of being part of a terrorist organization in the ‘Network’ case, seven and five and a half years behind bars respectively.

The trial found that Kazakhstani national Filinkov, 25, and Russian citizen Boyarshinov, 28, had been members of the ‘Set’ (Russian for ‘Network’) anarchist terrorism community since 2016. Filinkov pleaded not guilty and Boyarshinov confessed. In 2017 and 2018, several alleged members of the group were arrested in Penza and Saint Petersburg, including these two men.

Prosecutors alleged that the pair, together with other members of the community, took part in the discussion of terrorist activities, conducted weapons training, and trained in techniques for the capture of buildings.

Investigators insisted the group had planned to carry out terrorist attacks during both the 2018 FIFA World Cup and the 2018 presidential election. The court established that in 2017, the defendants in the case were present at a ‘Network’ meeting which allegedly discussed the readiness of the organization’s members for operations.

Boyarshinov, who pleaded guilty, was also charged with storing explosives. He claimed he had been unaware that ‘Network’ was planning terror operations when he joined the group. Instead, Boyarshinov believed he was signing up to counter the far-right in the event of a scenario in Russia similar to the 2013-2014 ‘Maidan’ in Ukraine, where extremist nationalists played a key role in overthrowing the democratically elected government in Kiev.

Filinkov, who protested his innocence, said he was tortured by FSB officers, with their methods including the use of electric shocks. The defendant and his legal team consider the case to have been fabricated. He believes Boyarshinov only admitted guilt out of “pragmatism,” saying he “didn’t believe any other outcome (in court) was possible.”

On Monday, around 50 people came out to support the accused. One of them, named as Pavel Krisevich, was detained by police. Moscow daily Kommersant reported that he handcuffed himself to a fence and chanted, “Freedom to political prisoners,” before letting off a “smoke bomb.”

In total, there were 11 defendants in the Network case and 10 of them have been convicted. The sentences have ranged from three and a half to 18 years. The latter term was given to Dmitry Pchelintsev, who has been labeled the organization’s leader, along with Ilya Shakursky (sentenced to 16 years). Many of the suspects have claimed they were tortured during interrogations. One man, Egor Zorin, testified about the group’s operations. The case against him was dropped in September 2018.

Supporters of the men claim that ‘Network’ was an anti-fascist outfit and that the charges have been fabricated. Human rights activists believe the prosecutions are unfair, especially given the alleged use of torture. A number of high-profile Russian public figures have spoken out in defense of the convicted, including veteran television presenter Vladimir Pozner and businessman Dmitry Zimin.

In February, Meduza (a Riga-based Russian-language news site funded by Western governments) reported that at least one of the ‘Network’ accused was directly involved in a murder in the Ryazan region, back in 2017. Alexei Poltavets told Meduza that he and Maxim Ivankin (who received a 13-year jail term) killed two people, Ekaterina Levchenko and Artem Dorofeev. He said the order to “execute” the pair was a “collective” decision, backed in particular by Pchelintsev. Poltavets is also wanted for membership of the organization but is currently living outside of Russia. 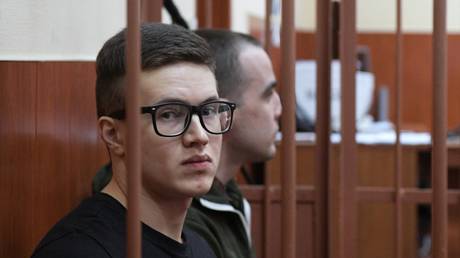