PEP GUARDIOLA fears Sergio Aguero’s season could be over after he limped off injured against Burnley.

And that could spell the end of his dreams for a second Golden Boot as he remains three goals behind Jamie Vardy.

The Manchester City striker, 32, went down under a challenge from Ben Mee just before half-time at the Etihad.

Despite looking innocuous enough, the Argentine stayed down.

Aguero was able to take himself off the pitch unassisted but a quick discussion with his manager on the touchline seemed to spell bad news.

After the pair exchanged a few words, Guardiola dropped his head and his body language slumped, as if resigned to losing his star striker.

Speaking to Sky Sports, the City boss revealed it could be bad news.

He said: “It doesn’t look good, something in the knee, so we will see tomorrow.

“He was struggling for the last month with a pain in his knee.”

Aguero is almost certain to miss the trip to Chelsea on Thursday night.

But asked if his No10 could miss the rest of the season, Guardiola added: “I’m not a doctor, [but] it doesn’t look good.”

Aguero is Manchester City’s top scorer across all competitions with 23 – 16 in the league – two more than Raheem Sterling’s tally.

But although the Premier League title race is virtually over, City still have plenty to play for this term.

The league campaign is expected to end on July 26 with the FA Cup final six days later.

City take on Newcastle next weekend to try and book their place in the semi-finals.

But they will be hoping their 2019/20 season extends right through until August 23, the new date of the Champions League final in Lisbon.

The Citizens go into the second leg with Real Madrid in the Champions League last 16 with a 2-1 lead.

With a two-year ban looming over City’s heads, Guardiola will have added motivation to get his hands on the famous trophy once again.

The challenge from Mee was checked by VAR and the penalty was given.


Foden grabs his second as City put Clarets to the sword

Riyad Mahrez stepped up and slotted it into the bottom corner, his second and Manchester City’s third goal of a rampant first half after Phil Foden opened the scoring.

After the break, Foden continued to boss the game, threading through for Bernardo Silva to set up David Silva to make it 4-0.

And the 20-year-old wrapped up the scoring at the back post for his third goal of Project Restart, adding to his strike against Arsenal. 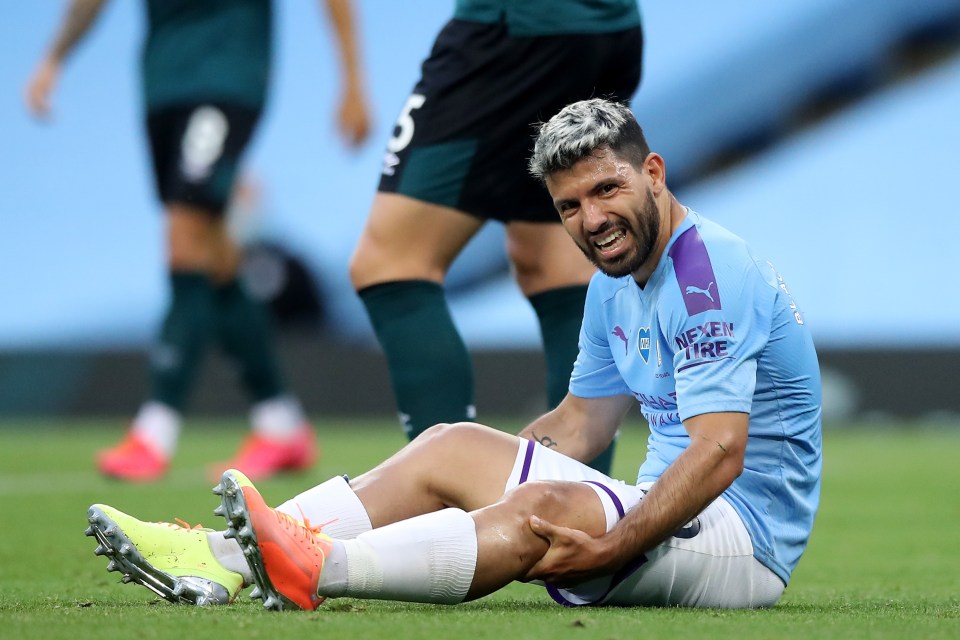