Breaking News
Home » Business » How to get the coronavirus unemployment benefits, explained

How to get the coronavirus unemployment benefits, explained 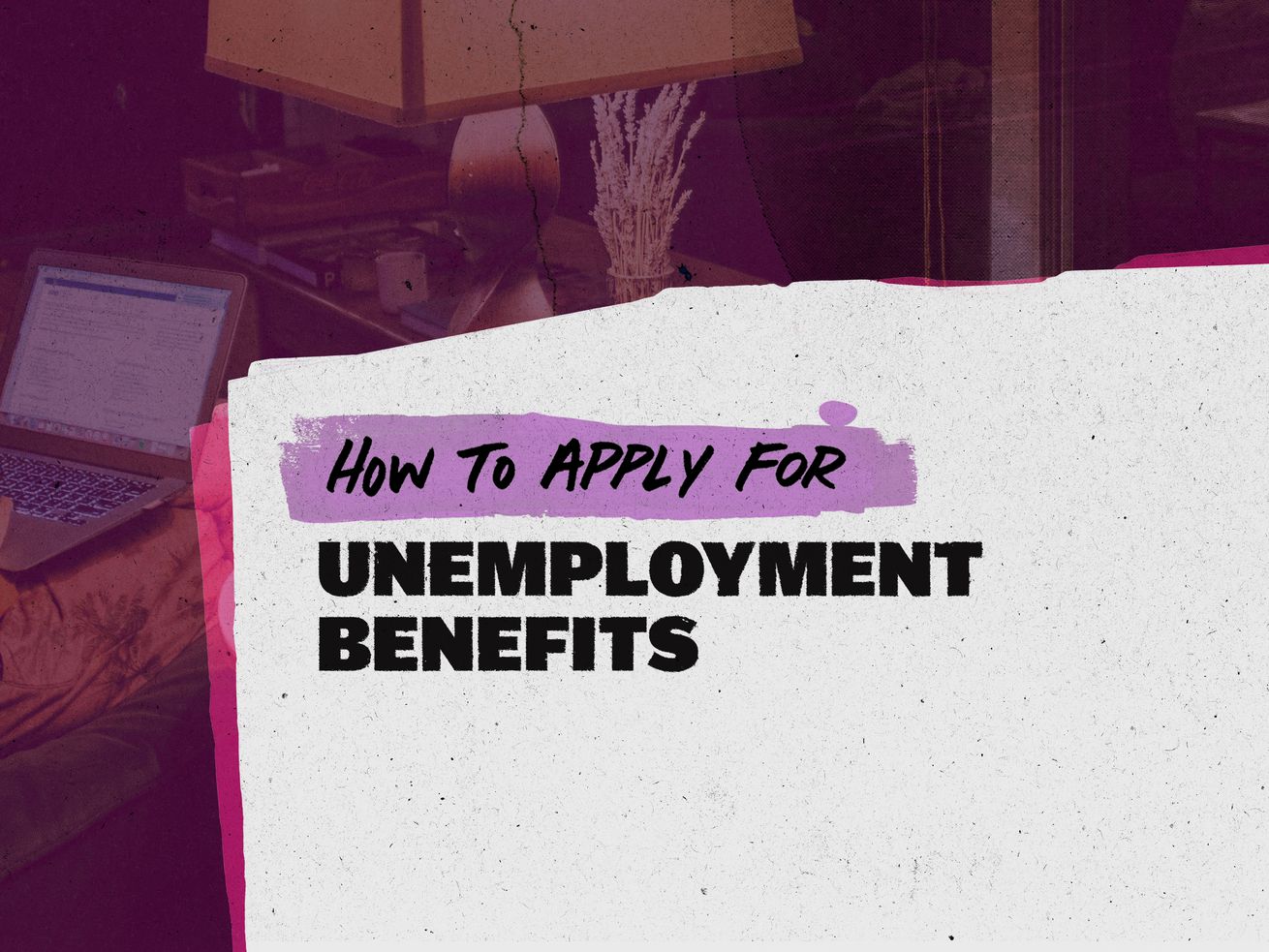 Vox answers your questions about new US unemployment benefits.

Millions of newly laid-off Americans are now wondering how to access government unemployment benefits as they scramble to cover rent, groceries, and other daily necessities. Vox is here to help readers navigate the bureaucracy.

Congress has significantly expanded unemployment insurance as part of its historic $2 trillion CARES Act, signed into law by President Donald Trump. Laid-off or furloughed Americans who file for unemployment through their states will see an extra $600 per week added on to that existing state benefit. The average benefit in the US is about $385 per week, but some states are more generous than others.

The law also makes benefits easier to access by waiving some states’ requirements for people to look for work. These programs will provide people the increased assistance for four months — late March until July. And with many states still setting up their Pandemic Unemployment Assistance programs, benefits will be paid out retroactively. That means even if workers can’t apply for benefits until May, they will ultimately still receive what they are owed from the time they were laid off.

“The UI provisions in the CARES Act were some of — if not the — strongest provisions of the act,” said labor economist Heidi Shierholz of the Economic Policy Institute and formerly part of the Obama administration. “It will alleviate the hardship of millions of people.”

People who have already filed for regular unemployment benefits because they were laid off from a job should be starting to see the expanded benefit show up in their checks. The process could be a bit more complex for contract or self-employed workers who need to file for Pandemic Unemployment Assistance and are waiting for states to set up these programs.

But because so many people are filing for unemployment all at once, it is causing frustrating delays. Many are experiencing jammed phone lines, and many state unemployment websites have crashed with the high demand, including states like New York, Florida, and Michigan.

“The system’s a little clogged up right now,” said Michele Evermore, a senior policy analyst at the National Employment Law Project. “People should keep trying.” Evermore noted that even if some workers are being told they’re not eligible immediately, that could change in the coming weeks as states start receiving the federal money and set up the Pandemic Unemployment Assistance program.

“The states need resources in order to administer the UI,” House Speaker Nancy Pelosi told Vox recently. “Some are much better prepared than others or just have a different timetable. So one of the things we may have to do is get more resources to the state agencies that do this.”

Vox crowdsourced common questions from readers and contacted experts to answer them. Here’s our guide on how to access unemployment benefits, who is covered, and much more.

How much does my state offer in base unemployment benefits? And where do I apply?

Here’s a chart that shows each state’s minimum and maximum weekly unemployment benefit, as well as a link to each state’s unemployment office. People can apply online or over the phone, though many states are recommending online applications due to busy phone lines.

Each state has its own guidance, but due to high demand, some states are advising people to call on certain days or at certain times depending on the alphabetical order of their last names or order of their Social Security numbers. Check your state’s website to find out if there are specific guidelines.

Who qualifies for this expanded unemployment insurance program?

The CARES Act opened up unemployment benefits to a range of people who weren’t eligible before, including gig economy workers like drivers for Uber or Lyft, freelancers, and independent contractors. Part-time employees who lost their jobs due to coronavirus will also be covered, as will people who had to stop working to take care of a sick member of their family or homeschool their children.

Bottom line: If coronavirus is responsible for your layoff, furlough, or drastic reduction of your hours — or is preventing you from looking for work because fewer employers are hiring — you have a good chance of getting these expanded benefits. It’s worth applying even if you are unsure if you’ll be covered.

Who doesn’t qualify for this expanded unemployment insurance program?

People who are working from home but still getting a full wage are not eligible for benefits. Undocumented immigrants are not eligible; neither are new entrants into the workforce, like recent college graduates, because they don’t have a long enough work history to apply for benefits.

What documentation do I need to sign up for unemployment insurance?

States ask for some basic information during the application process, including:

This means keeping documentation about your previous income and wages is key. This information can be found on your W-2s, paystubs, or invoices if you are a freelancer or independent contractor.

When will the extra $600 show up in my unemployment check?

This will vary state by state, but the extra money should have started to appear in people’s weekly checks — it could longer for those still waiting for their applications to go through. It takes time for the US Department of Labor to coordinate with state unemployment agencies to get the money flowing. While some states have their Pandemic Unemployment Assistance programs up and running, others are still setting their programs up. Depending on what state you live in, it could take longer for freelancers and independent contractors to get their benefit.

“The disaster benefits, they’re going to take a little time to develop the intake,” said Andrew Stettner, a senior fellow at the Century Foundation.

How much could I get over four months? And what happens if there’s a delay in getting the extra money?

All told, the extra $600 per week will add up to around an extra $10,000 over four months. If there is a delay in it showing up in people’s paychecks (which there likely will be), people will be getting retroactive pay in their first paychecks to make up for the lag time.

“That is a way to get a lot more money to people who really need it,” said Stettner. “It has the ability to prevent some of the real damaging parts of unemployment: reducing your savings, food security, having trouble maintaining your housing.”

What’s the difference between being furloughed and being laid off? Do furloughed employees qualify for the expanded unemployment insurance program?

Unlike a more permanent layoff, a furlough is a temporary period of unemployment — with a promise that the employee will return to work when economic conditions improve. But the big difference here is that while furloughed employees forgo their wages, they keep other benefits like health insurance. Employees who have been furloughed due to coronavirus will be eligible for expanded unemployment insurance.

What’s the process for gig economy workers or independent contractors?

Freelancers, gig economy workers, and independent contractors will file for unemployment insurance from a new program called Pandemic Unemployment Assistance, which is still being set up by the Labor Department and states and could take longer to be ready in some states (Washington state, Massachusetts, Pennsylvania, and other states have announced their programs will be ready to take applications by the end of April, while other states like Ohio and Arizona will start accepting applications by mid-May). When the program is available, it can be accessed on state unemployment websites where people apply for regular UI. Check your state’s website for guidance on when and how you should apply, if you fall into this category.

“Gig workers will need to file for PUA first, and then they will get the $600,” said Stettner. “This is the new program part of the law and will take the longest to set up — the pandemic program for gig workers et al.”

What documentation do freelancers or independent contractors who rely on invoices or cash need to prepare to get benefits?

“Whatever documentation they have about how they get their money would be helpful,” Evermore added. If people are lacking documentation, they can file good-faith attestations about their wages to unemployment offices, but documents are preferred.

If I’m working two-part time jobs and lose one, can I get benefits for the lost job while still working the other?

Though part-time workers are eligible for expanded benefits, the answer to this question depends on whether the weekly earnings from the second job erase the partial benefit credit you’d get from unemployment, Stettner said.

What if I just got a job offer that is now rescinded or up in the air due to coronavirus?

Again, you are eligible for the expanded unemployment benefits. Having documentation here is also important if you can get it; for instance, having both your offer and a written statement rescinding or postponing that offer that you can send to your state’s unemployment office can be helpful when filing for unemployment.

“However you found your offer was rescinded, keep that handy,” Evermore said.

What if I was unemployed prior to the crisis and am having no luck finding jobs? Can I apply for benefits even if my old benefits ran out?

Yes. Anyone who has exhausted their regular unemployment insurance can get a 13-week extension on their benefits. Once that extension is exhausted, workers can apply for Pandemic Unemployment Assistance, Evermore said. “That can go up to 39 weeks total,” she added.

What is the situation for new or soon-to-be college graduates who can’t find a job?

People who are close to graduation and looking for jobs are in more of a bind because of their limited work history.

What about employees in houses of worship, including ministers, rabbis, or imams?

However, Stettner and Evermore said it depends on how the US Department of Labor interprets the language of the CARES Act. If the new pandemic program is treated like a standard disaster relief program, church, synagogue, and mosque employees could be covered — but that won’t be determined until Labor provides more information about how the program is being implemented.