FRESH off a Royal Ascot to remember, Frankie Dettori now has the Investec Derby in his sights.

And with John Gosden unlikely to have a runner in the Epsom showpiece, trainer Ed Walker has called on the star to partner antepost favourite English King.

The Italian has won the Derby twice, most recently on Golden Horn in 2015 and Walker is hoping his big-race experience will aid the 3-1 market leader.

But one man’s gain is another man’s loss, with Tom Marquand missing out on the biggest ride of his career after partnering the son of Camelot on his previous two starts – the latter of those when he shot into Derby contention after the Lingfield Derby Trial.

English King is owned by Bjorn Nielsen and the owner-breeder has struck up a relationship with Dettori with Stradivarius’ Group 1 heroics in the same colours.

OFFER OF THE DAY

T&Cs: New customers only. Place your FIRST bet on any sportsbook market and if it loses we will refund your stake in CASH. Max refund for this offer is £20. Only deposits made using Cards or Apple Pay will qualify for this promotion. T&Cs apply. Paddy’s Rewards Club: Get a £10 free bet when you place 5x bets of £10+. T&Cs apply. 18+ Begambleaware.org

“I feel desperately sorry for Tom, and it is absolutely no reflection of our faith and trust in his ability.

“Bjorn and I mulled it over and watched all the trials, and it became increasingly clear John Gosden wasn’t going to have a Derby runner. After Tom won on the horse at Lingfield he asked if he’d keep the ride in the Derby, and I said to him ‘your only danger is Frankie’.

“Frankie obviously has a wealth of big-race experience and raises his game to stratospheric heights for the big races. We feel very privileged to have him on board.”

Walker added: “The Derby is the Derby, and Frankie is Frankie. It’s very tough on Tom – but he has never ridden in a Classic around Epsom before, and I hope he’ll have other big days with us in the future, very possibly on this horse.

“It will be my first runner in the Derby – fingers crossed we get there – and having Frankie Dettori on board will just give me a bit of confidence as well, and obviously Frankie and Bjorn have the connection through Stradivarius.

“It wasn’t an easy decision. I’m sure it won’t be too long before Tom is jocking people off left, right and centre.”

English King enjoyed a Monday morning workout in Lambourn and is reported to be in fine fettle by his trainer.

Walker continued: “He’s in cracking form – really well in himself. I just hope we can keep him in the same form for the next 12 days.

“We haven’t organised when it will happen yet, but Frankie will come and sit on him between now and the Derby.” 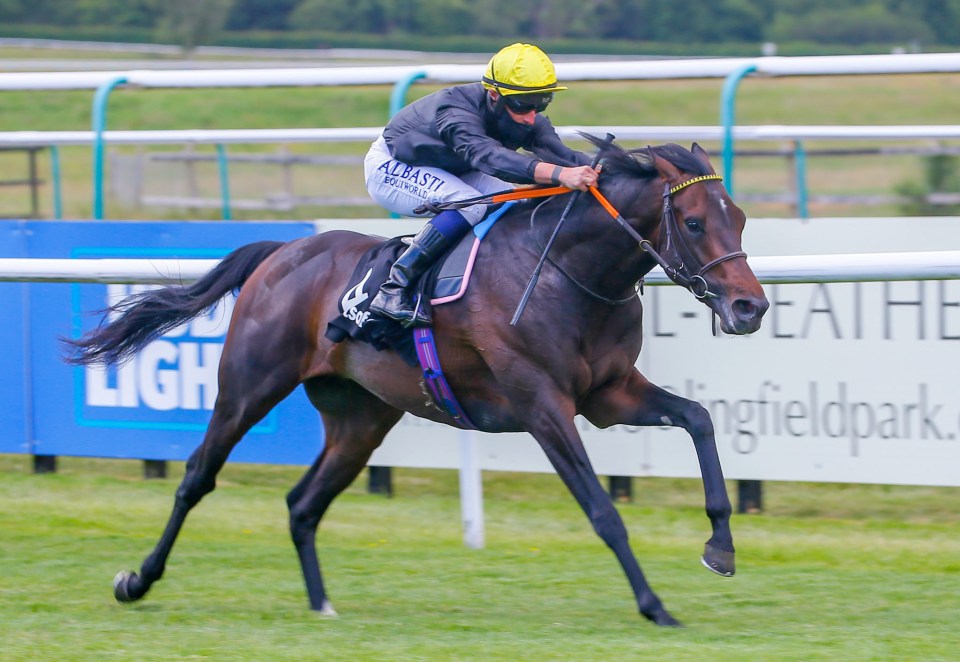