MANNY PACQUIAO has been backed to knock out Amir Khan on any day of the week – by a former sparring partner.

Khan tirelessly chased fights against Floyd Mayweather and PacMan throughout his career, but to no avail.

The 33-year-old is still not losing hope of finally settling the score with former gym pal Pacquiao, 41, following talks over a Middle East blockbuster.

But Irish welterweight Dean Byrne, who Pacquiao employed as a sparring partner before fighting Juan Manuel Marquez and Oscar De La Hoya, said Khan has no chance against the ageing Filipino icon.

Byrne told Sky Sports: “Pacquiao would have knocked him out back then, yesterday, today or tomorrow. Pacquiao would knock him out forever.

“Khan is much faster than Pacquiao. But the power that Pacquiao poses? There is nothing in Khan’s punches. When Pacquiao hits you, you know it.

“It’s like a cap gun when Khan hits but it’s like a machine gun when Pacquiao hits.”

Khan left Half of Fame trainer Freddie Roach in 2012 following his loss against Danny Garcia.

The two-division champ was seeking a coach to better his defence, going on to hire Virgil Hunter, but Byrne insists it was Khan who was too aggressive minded, not Roach.

He explained: “Freddie wanted him to get in, get out, get in, get out. But Khan stays in the pocket for too long to please the crowd, then he comes unstuck because of his chin.

“Everyone says Khan’s chin doesn’t work. It’s not his chin. I think it’s his legs. God bless him, he gets up from the ground. He has a great heart.

“I always thought he was trying to prove to himself that he is tough. But he didn’t have to prove anything. He has a silver medal from the Olympics.”

Khan was notorious for his gruelling sparring sessions inside Roach’s Wild Card gym in Hollywood, sharing dozens of rounds with Pacquiao.

But Byrne admits the rumours of the Bolton hero being KO’d by PacMan were rife inside the gym members’ circle, with promoter Bob Arum and Roach even backing up the claims.

Most read in boxing


AJ will beat Fury in second fight after first ends in a DRAW, predicts Hopkins

Byrne said: “I didn’t see it myself. Khan was all over the place on many occasions and everybody at the gym knows it.

“I heard stories that he was asleep on the floor. I have heard that.

“Khan’s chin is just like that. He is a great fighter, a great athlete, a super boxer, his hand speed is so fast. But his chin? He hasn’t got a good chin. You can’t put muscles on your chin.” 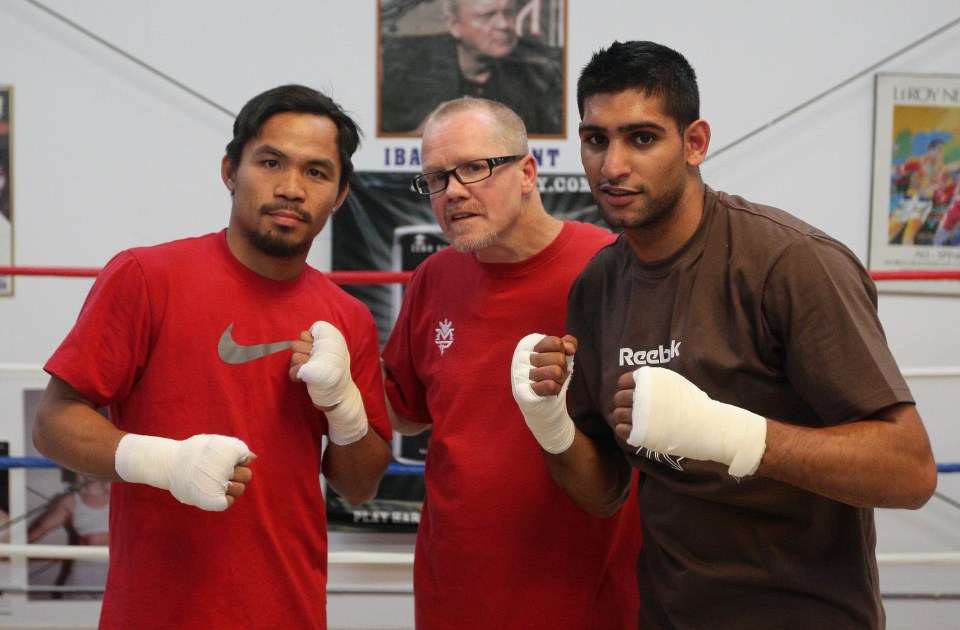