Roman Putin, first cousin once removed of Russian President Vladimir Putin, has been elected as leader of political party People Against Corruption. The party plans to run in the next election and be represented in parliament.

Elected to a five-year term via secret ballot, the president’s relative named September’s local elections as the main priority, explaining that the party has plans in “absolutely all sectors.”

“Roman Igorevich [Putin] has extensive experience in public and political activities in the field of public service,” a statement by party chairman Grigory Anisimov said. “The party will receive a new impetus in the development of anti-corruption activities.”

The People Against Corruption Party was founded in 2013.

Roman Putin is the son of Igor Putin, the first cousin of President Putin. A former security services officer, Roman Putin joined the People Against Corruption party on June 21, after previously planning to create his own. He is also involved in various business sectors and owns his own company named Putin Consulting Ltd, which helps foreign investors put their money into Russian projects. 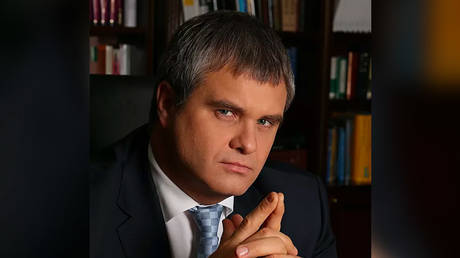