Russia has legally recognized a same-sex union for only the second time in its history, marking a victory for activists. Igor Kochetkov, the head of Russia’s LGBT Network, received a tax deduction for his husband’s expenses.

According to Kochetkov’s statement on Facebook, he entered into a marriage with Kir Fedorov in New York in 2017. As weddings conducted abroad are recognized in Russia, the LGBT activist attempted to have his partnership accepted by the country’s Federal Tax Service, in order to receive certain tax benefits and reductions. Kochetkov specifically applied to get a tax deduction for the life insurance expenses of his spouse – and it was allowed.

“This means that in Russia (for now), it is impossible to conduct a same-sex marriage,” he wrote. “But if you have conducted it according to the laws of another state, it is recognized in Russia.”

This is not the first time that same-sex marriage has been recognized in Russia. According to lawyer Alexander Belik, the tax service accepted the marriage of Pavel Stotsko and Yevgeny Voitsekhovsky who were married in Denmark.

On July 1, Russian voters will go to the polls to voice their opinions on proposed amendments to the Constitution, including the enshrinement of marriage as between a man and a woman. In March, the country’s Constitutional Court approved the proposition but highlighted that it would not remove the obligation of the state to respect differences, including sexual orientation. 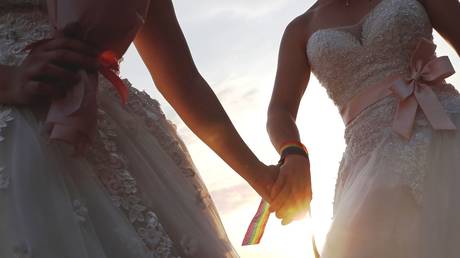