Proposed amendments to Russia’s constitution will fix the problem of the country’s personality-driven politics by distributing the president’s powers between different authorities, according to prominent senator Andrey Klishas.

“The fact that power in the Russian Federation is so personified [in the Kremlin] is, of course, a problem,” Klishas said. “And therefore the president, realizing this, is distributing these powers among the constitutional authorities. Thus, he makes the political system more stable.”

On July 1, Russians will head to voting booths throughout the country to vote on the adoption of amendments to the constitution. If approved, the changes would slightly shift powers around the country’s administrative organs and allow President Putin to potentially remain leader until 2036.

Despite the new constitution enabling Putin to run for office for a fifth time, Klishas believes that the transfer of powers between different branches of government means the new amendments will help decentralize control away from the ‘hyper-presidential’ system introduced by Boris Yeltsin in 1993.

According to the senator, the amendment to nullify Putin’s presidential terms will finally get the political class to stop concentrating on a potential transfer of power in 2024. He believes that as soon as the topic of “successors” is removed, people involved in public administration will have to go about their business. The fact Putin will not be up against a ticking clock will help focus minds, he asserts.

On Sunday, Putin admitted that he is considering running for president again in 2024. According to the Russian leader, his role is now to “work, instead of searching for successors.” 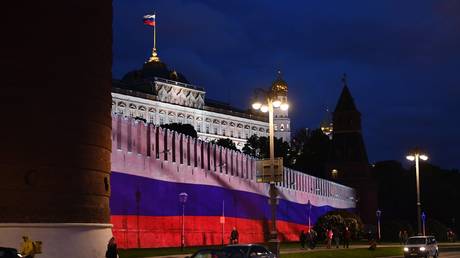