Breaking News
Home » Sports » The Last Dance is just okay. But it’s a great reminder of why we need sports. 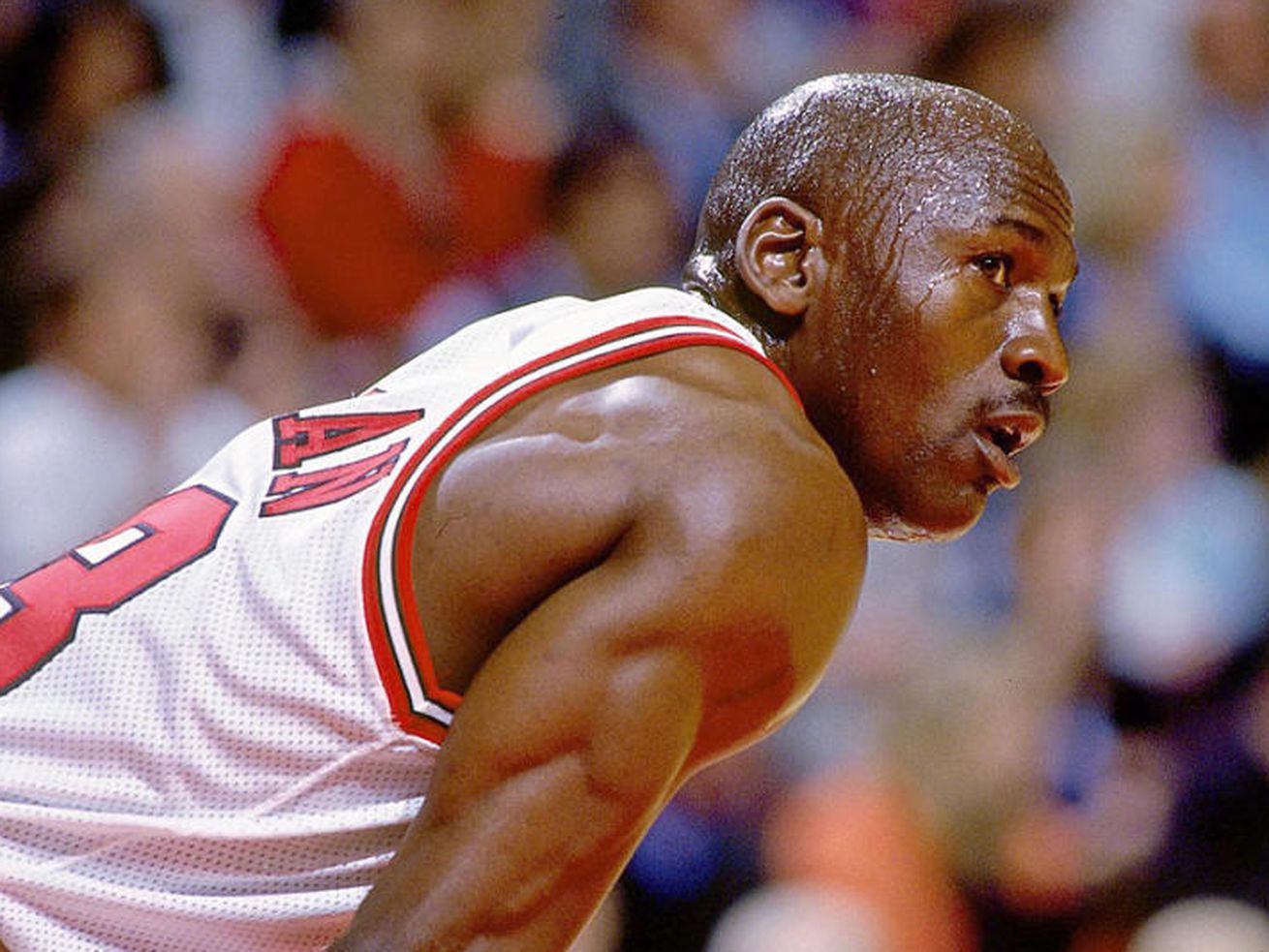 Michael Jordan is the focus of The Last Dance, but its story is much bigger than him. | ESPN

The 10-part ESPN documentary makes the case that sports aren’t just about players. They’re about all of us.

Now that it’s over, I can say for sure that ESPN’s 10-episode docuseries The Last Dance, which aired its final two episodes on May 17, is both incredibly watchable and kind of mediocre. (As editor and documentarian Robert Greene put it on Twitter, “Best tv show of the year/worst documentary of the year. I loved it, of course.”)

It had a lot to recommend it, to be sure. The series toggles between two timelines: the Chicago Bulls’ 1997-98 season — during which the team won its sixth NBA title — and major moments in all of the years leading up to that season, mostly in Michael Jordan’s career. I found that structure effective, though I talked to people who didn’t like it very much. The footage is fascinating, the research goes deep, and the truly wide array of interviews is impressive. The music, particularly needle drops in the earlier episodes, slaps.

But some of the music and camerawork (especially in the last few episodes) is ploddingly melodramatic, the pacing can be erratic, and the repetition of points that might be of interest to superfans (Jordan’s frequent stories about slights and perceived slights by various players that became “personal” for him included) take away from the series’ overall punch. And the evident authorial hand of Jordan throughout made me wonder often what wasn’t being said — about people like Bulls manager Jerry Krause, or various players with whom Jordan had some beef, or things like (as in the ninth episode) the “poisoned pizza” that Jordan says led to the infamous “flu game.” Documentaries aren’t obliged to journalistic objectivity or required to give air to every side of every issue, but because The Last Dance sometimes does attempt to let multiple people voice their sides of the story, the places where it doesn’t stand out starkly.

Still, it’s an enormously fun series to watch. I retread some old memories and learned more about why Michael Jordan — whom I, a clueless child through most of his career, still knew was important — was such a revolutionary figure, both to pro sports and to the way athletes market themselves today. I understood better why the Bulls dominated pro basketball in the 1990s, and why relationships between players and managers and coaches matter, and the factors that can lead to victory or thwart championship hopes.

But that’s not what I was thinking about while watching The Last Dance.

Instead, I was fixated on two other matters related to the series. The first was something I hadn’t anticipated about the experience of watching the game of basketball itself. And the second was a matter with more immediate implications.

Basketball and art are adjacent, in more ways than one

The series’ title is drawn from the name that the Bulls and its coach, Phil Jackson, gave to the 1997-’98 season, which everyone knew would most likely be Jackson’s and Jordan’s last with the team.

But maybe there’s another parallel. I’ve watched basketball throughout my life, but not habitually. Watching the snippets of games included in The Last Dance, I was struck by the athleticism of the players. The leaping! The deft dodging and turning! The sinewy arms! It was extraordinary, and it made me think of nothing so much as … ballet.

In the ninth episode, which is filled with players making unlikely shots, I watched them move with precision and grace and, when they made the shot and celebrated, virtually pirouette on the court, spinning in place as they leapt again and again. I witnessed explosive jumps that looked a lot like jetés, the distance-clearing leap in which a dancer jumps from one foot to another. Their arms curved and turned in ways that made me wonder if they were trained in port de bras. And though a male basketball player of even an average height is far taller than most male ballet dancers, their body types looked oddly similar.

A cursory Google reveals this is a common comparison. Basketball players have been compared by journalists to ballet dancers; dancers have praised, in particular, the grace of Golden State Warrior Steph Curry; in 2013, Miami City Ballet and the Miami Heat posed for a photo shoot together.

But something about watching The Last Dance’s supercuts of Jordan and his teammates dribbling, passing, shooting, dunking, and celebrating drove the point home. There’s a fine line, in many ways, between sports and art and, in this specific case, between basketball and ballet. What we admire about ballet dancers, particularly the very powerful, athletic ones, is their ability to seemingly stop gravity — to make us believe, for a moment, that they’re flying untethered to the ground. And that’s exactly the same feeling I experienced through 10 episodes of watching the Bulls play.

That’s the first thing I noticed, but it leads to the second. The Last Dance also reminded me of the similarities between pro and elite college sports and the art of storytelling, especially long-form episodic storytelling, in which the narrative is stretched over many days or months instead of told all in one go (as in my beloved cinema).

It’s not just that everyone in the league has a story, although, that’s certainly part of it. I’m thinking more broadly of the narrative arc of the season itself, and of the team over many seasons. The Last Dance plays like behind-the-scenes footage of an epic movie we all saw together. Sports aren’t just about individual games or individual players. They’re about weaving a story that starts in the pre-season and ends in the postseason, and that can contain as much comedy and tragedy as any great play.

The Last Dance seems to sense that — after all, it’s structured as the story of the 1997-’98 Bulls season, not just Michael Jordan’s life. It gives attention to the life stories of Scottie Pippen, Dennis Rodman, and Steve Kerr along with Jordan. Obviously, Michael Jordan is still the focus of the series; he signed off on the use of the old footage, he was the star player on a team of stars, and, well, he’s Michael Jordan.

But at times you can feel a tiny bit of tug-of-war going on between two competing stories: Jordan’s and the Bulls’. Which is what it must have felt like at the time, too. (Jerry Krause’s infamous statement that “players and coaches don’t win championships; organizations do” was likely a gesture toward that fact.)

Team sports are about investing in a narrative, and making space for fans in it

And there’s a good reason for that. As interesting as Michael Jordan’s story is, what solidifies many fans’ allegiance to a team over time is not a single player, but the opportunity to be part of a grander story that stretches over many seasons, even many generations. A true fan of a team can tell you the whole story: the wins, the losses, the breakthroughs, the heroes, the villains, the legends.

Pro sports are never just about watching some people compete at a sport. They also emotionally invest in a story, one that’s unfolding unpredictably as we watch. And fans of sports invest themselves into that story the same way fans of TV shows or comics series do. They watch every game and discuss every play; they analyze and speculate and invent theories; they listen to other people analyze on TV and radio and podcasts; they participate in fantasy sports, a sports fan’s equivalent of writing fanfic. Developing an attachment to a big story produces the same thing that religion or cultural tradition gives: a sense of belonging, of having a place, of moving through time in a way that’s exciting, interesting, and grounding.

I think that’s why so many people have felt so lost after the suspension of pro sports during the coronavirus pandemic. The reasons for those suspensions — not exposing players and, to a greater degree, fans to a life-threatening virus unnecessarily — are obvious and good.

And yet, it feels like something more than just the opportunity to watch some basketball or baseball or soccer has been lost. It’s as if a story has been halted, one in which millions of people were actively participating. That’s just a microcosm of what the so-called “Great Pause” has enacted across the world, and it’s hardly the most important effect. But it’s disorienting all the same.

That’s one reason channels like ESPN have been airing reruns of old games to fill the dead air. It’s why some people have gotten really into the American Cornhole League, and why some Major League Baseball fans have been getting into Korean professional baseball, whose season started (in empty stadiums) recently. It’s why, frankly, even I (a casual baseball watcher at best) got excited when I heard about the MLB’s plan to start a truncated empty stadium season in July, despite reservations about the safety of the proposal. If it goes forward, I can see myself getting really into baseball later this summer.

Loneliness, Hannah Arendt repeatedly wrote back in the mid-20th century, is the fundamental experience of modern man. (She even proposed that it was the condition that led to totalitarianism.) Being separated from one another — a condition that hardly started with this pandemic — has all kinds of consequences. Feeling as if our own stories are disjointed from one another isn’t good for any of us. It can lead us down some dark paths.

I’m most certainly not proposing professional sports, with their rampant commodification and at times ethically dubious practices, as some kind of panacea for loneliness. But The Last Dance reminded me that in their most fundamental form, pro sports play a crucial role in our culture — and that if there’s a way to bring them back safely, it might be good for us all.

The Last Dance is currently available to stream on ESPN’s website.

Share:
2020-06-24
Siow Wan Liang
Previous: The NBA might be returning this summer — in Disney World
Next: Space Jam is kind of visionary