Breaking News
Home » Sports » The NFL has a message for players who knelt: “We were wrong” 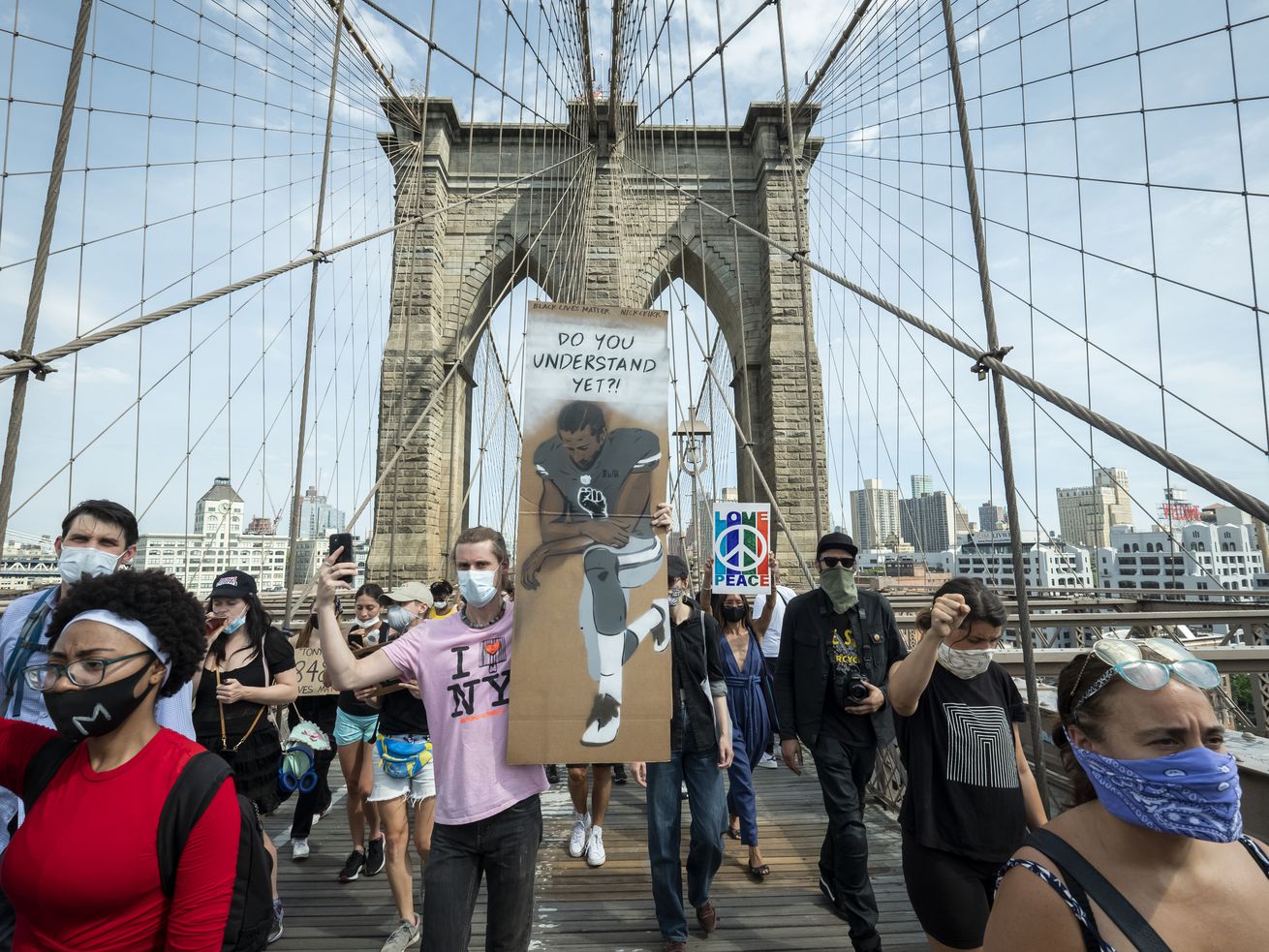 The NFL just issued a statement saying it was wrong to censure players who protested police violence.

NFL players have protested police brutality and racism — the same problems now being demonstrated against across the country — for seasons, beginning in 2014, and the NFL has pushed back against these players, saying that they “created a false perception among many that thousands of NFL players were unpatriotic.” Now that has changed, with the league advocating for anti-racism activism in a Friday statement.

“We, the NFL, admit we were wrong.” That’s what the NFL tweeted in an official statement on Friday night, in which the organization apologized for not listening earlier to the black NFL players who have protested against police shootings of unarmed black people by kneeling during the national anthem at football games. The statement adds that the NFL “encourage[s] all to speak out and peacefully protest,” and concludes, “We, the NFL, believe Black Lives Matter.”

The tweet was accompanied by a video from NFL commissioner Roger Goodell. In the video, Goodell reiterates the statement in the tweet. “Without black players, there would be no National Football League,” he adds. “And the protests around the country are emblematic of the centuries of silence, inequality and oppression of black players, coaches, fans and staff.”

We, the NFL, condemn racism and the systematic oppression of Black People. We, the NFL, admit we were wrong for not listening to NFL players earlier and encourage all to speak out and peacefully protest. We, the NFL, believe Black Lives Matter. #InspireChange pic.twitter.com/ENWQP8A0sv

The NFL’s statement is an explicit response to a video multiple prominent NFL players released on Thursday. In the video, a group of players that included Patrick Mahomes and Tyrann Mathieu of the Kansas City Chiefs and Michael Thomas of the New Orleans Saints demanded accountability from the NFL.

“We will not be silenced. We assert our right to peacefully protest,” the players said. “It shouldn’t take this long to admit.” They asked that the NFL deliver the very message that it tweeted out, verbatim, on Friday night.

The NFL’s new statement comes after years spent condemning players who knelt during the national anthem. When that movement was at its height in 2018, league officials threatened to fine players who “disrespected” the flag or the national anthem by kneeling. Players who wanted to kneel could do so only behind the closed doors of changing rooms.

Colin Kaepernick, who began the movement in 2014, has not played football since 2016. There is no word on whether this change in course means he will be rehired by an NFL team.

Share:
2020-06-24
Siow Wan Liang
Previous: College football players are taking a stand against racism — and taking a big risk
Next: The NBA might be returning this summer — in Disney World