The man who stabbed three people to death in Reading wasn’t part of any terror group, the UK’s Home Secretary Priti Patel has told Parliament, warning that the threat of such lone attackers was on the rise in the country.

“The terrorist threat that we face is complex, diverse and rapidly changing. It is clear that the threat posed by lone actors is growing,” Patel said as she appeared before MPs to report on Saturday’s incident in Reading.

A man brought a knife to a local park and used it to attack people who were relaxing there. He was able to kill three people and injure three others before being detained, in what Patel described as “the actions of one lone individual.”

The suspect, a 25-year-old man of Libyan origin, was already known to MI5 due to his unfulfilled plans to travel for extremist purposes. Commenting on this, the home secretary said that “the security services have records on thousands of people, and rightly so.”

Patel insisted that she could not reveal any more details, as the investigation into the stabbing was still ongoing.

In February, a man who had previously served time for promoting radical Islamist materials injured two people in London and was killed by the police. Last November, a knife attack on the iconic London Bridge left two people dead. The perpetrator had previously been jailed on terrorism charges. 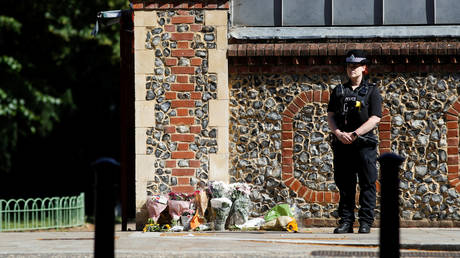