The alleged discovery of a noose hanging in the garage of NASCAR’s only black driver has added fuel to allegations of widespread racism in the US, but many have cautioned against drawing conclusions before the facts are in.

NASCAR said in a statement that it was “made aware” of a noose that had been found in the garage stall of Bubba Wallace, the lone black driver in the organization’s Cup Series, during a race in Alabama on Sunday. An immediate investigation has been launched into the incident, NASCAR announced, stressing that there is “no place for racism” in the sport.

Wallace was equally outraged, writing on social media that he was “incredibly saddened” by the “despicable act of racism and hatred.” The 26-year-old lamented that the incident showed that the country was still struggling to overcome racism, but vowed that he would “never back down” and continue to stand against bigotry. Wallace had successfully campaigned to ban the Confederate flag from NASCAR events – leading some to speculate that the noose may be a retaliatory act aimed at intimidating the driver.

The race car driver was soon flooded with support from social media. Dave Zirin, sports editor for the Nation, praised Wallace for “standing up and speaking out in the violent, confederate confines of NASCAR.”

Basketball star LeBron James expressed solidarity with the driver, hailing him as an agent of change “in America and sports.”

Sickening! @BubbaWallace my brother! Know you don’t stand alone! I’m right here with you as well as every other athlete. I just want to continue to say how proud I am of you for continuing to take a stand for change here in America and sports! @NASCAR I salute you as well! 🙏🏾✊🏾👑 https://t.co/1TwkjVHai5

Others compared him to baseball legend Jackie Robinson, who was subject to discrimination as Major League Baseball’s first black player.

However, the lack of information surrounding the case seems at odds with the sensational reports and breathless responses. Wallace reportedly never even saw the noose. Instead, one of his team members allegedly spotted the object and brought it to NASCAR’s attention. The incident could be a false alarm propelled by growing hysteria over racial issues, conservative commentator Mark Dice predicted.

Let me guess, it will later be found out to be just a random extension cord coiled up, hanging on a workbench that was mistaken for a “noose” due to the hysteria.

Mike Cernovich noted that NASCAR’s facilities have surveillance cameras everywhere and that the noose-hanging culprit would soon be identified – assuming there was a noose at all. “This hate crime will be solved as quickly as the Smolett case!” he joked, referring to the infamous fake hate crime involving actor Jussie Smollett.

Not all alleged noose-sightings turn out to be harrowing hate crimes. Last week it was revealed that ropes hanging on trees in Oakland, California – originally reported as nooses – were in fact part of a makeshift swing. The black man who placed the ropes there told media that “it’s unfortunate that a genuine gesture of just wanting to create a good time got misinterpreted.” The city’s mayor, however, claimed that an investigation was still warranted because, amid growing racial tensions, “intentions don’t matter.” 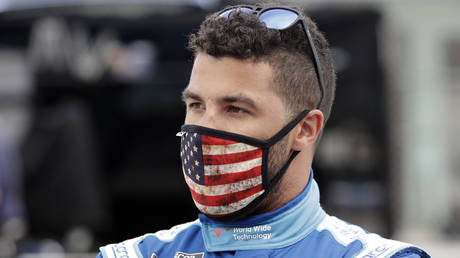