A 25-year-old Libyan man, Khairi Saadallah, was named as the suspect in a stabbing spree that left three people dead in the UK, local media reported. The crime is being investigated as a terrorist attack.

Saadallah is reportedly being questioned by the police. According to the media, security forces are checking whether he has any mental health issues.

They also cite the man’s neighbors, who said that they believe he had been recently released from prison. It was earlier reported that the suspect is a Libyan asylum seeker.

Three people were stabbed to death and three more wounded in a park in the southern English town of Reading on Saturday evening. On Sunday, the investigation was taken over by a counter-terrorism unit as the attack was declared a terrorist incident. 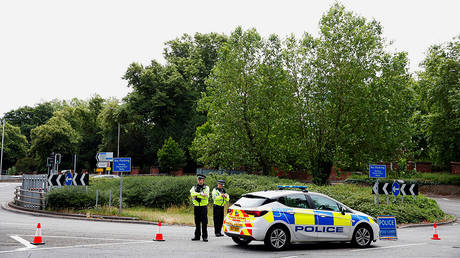 Share:
2020-06-23
Siow Wan Liang
Previous: The Guardian’s sister paper forces YouTube to again terminate ‘far-right’ channel The Iconoclast, doxes man behind it
Next: Ex-US Marine Paul Whelan, convicted of spying in Russia, will not appeal sentence – lawyer says he may be exchanged