A US Army private faces charges for attempted murder and terrorism after passing sensitive military information to an “occult-based neo-Nazi group” in preparation for a major terrorist attack on fellow soldiers.

The 22-year-old private, Ethan Melzer, was hit with a six-count indictment on Monday for his role in the sinister plot, in which he is said to have revealed the location, strength and armaments of his own unit to facilitate an ambush.

“Melzer plotted a deadly ambush on his fellow soldiers in the service of a diabolical cocktail of ideologies laced with hate and violence,” Assistant Attorney General for National Security John C. Demers said in a statement.

Acting USA Strauss: As alleged, Ethan Melzer, a private in the U.S. Army, was the enemy within. He allegedly attempted to orchestrate a murderous ambush on his own unit, unlawfully revealing its location, strength & armaments to a neo-Nazi, anarchist, white supremacist group.

The private is believed to have been recruited into an occult group known as the Order of Nine Angles (also known as O9A) some months after joining the army in 2018, the Department of Justice said. Founded in the UK in the 1960s, the sect blends elements of Satanism, Paganism and neo-Nazi ideology and calls on members to commit acts of ‘human sacrifice’ as part of magical rites. In one of the group’s own texts, it claims Adolf Hitler was “sent by our gods to guide us to greatness” while elsewhere, the O9A has also voiced praise for terrorists, such as 9/11 perpetrators and al-Qaeda founder Osama Bin Laden.

After deploying overseas with his unit in the fall of 2019, Melzer began consuming “propaganda from multiple extremist groups,” the DOJ said, including O9A literature and an Islamic State document describing attacks on US soldiers. Informed of an upcoming military assignment in Turkey in May 2020, Melzer then contacted an O9A cell calling itself the “RapeWaffen Division” on an encrypted messenger app, handing over intelligence for what members called a “mass casualty” “jihadi attack” on Melzer’s squadmates. At one point, he provided the exact location of a US military installation, explaining the unit would be vulnerable to ambush because it lacked certain heavy weapons.

About a month later, Melzer would also pass similar information about his unit to a “purported member of al-Qaeda,” and promised additional leaks later, hoping to “maximize the likelihood of a successful attack.” Though it’s unclear when the planned attack was supposed to have been carried out, the private told co-conspirators that he was prepared to die in the ambush.

In an interview with the FBI, Melzer admitted to his role in planning the attack, saying he hoped it would inflict as many deaths as possible on fellow service members, and declared himself a “traitor” to the United States. He has been charged with conspiracy to murder US nationals and service members, providing material support to terrorists and conspiracy to kill and maim in a foreign country – all of which carry a maximum sentence of life. He also faces two charges for the attempted murder of US nationals and service members, which could both result in 20-year prison sentences. 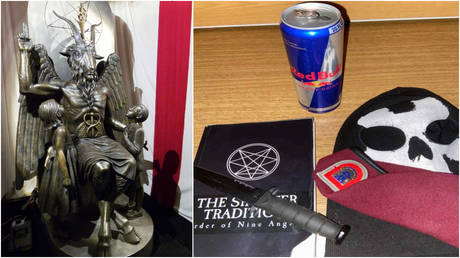