De Niro, 76, set up the Nobu restaurant and hotel chain with celebrity chef Nobuyuki Matsuhisa and film producer Meir Teper in 1994, and it boasts multiple restaurants and hotels across the world.

Now, it seems staff wages at the fancy restaurants are being partly paid out by the Trump administration’s Paycheck Protection Program — a cornerstone of the government’s response to the economic impact from the coronavirus, CNBC first reported.

It’s fair to say the actor, reportedly worth a cool $500 million, isn’t a huge fan of US President Donald Trump — but that didn’t stop him from tapping into the loan fund.

Shortly before the 2016 presidential election, De Niro let loose on Trump, calling him “blatantly stupid,” and a “punk” who “doesn’t pay his taxes” and said he’d like to punch him in the face. On other occasions, the Hollywood veteran has called Trump a “con artist” and a “racist.”

Trump isn’t exactly an admirer of the liberal actor, either. He has tweeted in the past that DeNiro is “a very Low IQ individual” who has “received too many shots to the head by real boxers in movies.”

Now, at least in part, it seems – they are business partners.

De Niro, however, isn’t the only celebrity proprietor who has a business that’s being helped out by government funds.

Billionaire Kanye West – once an unlikely Trump fan who announced his own intention to run for president on July 4 – also received up to $5 million for his Yeezy fashion company from the same fund. The Church of Scientology also received money from the pot, a revelation which is also sure to raise some eyebrows as thousands of small businesses struggle to survive the economic impact of the Covid-19 pandemic.

Treasury Secretary Steven Mnuchin said the $660 billion relief effort was not set up for companies that had access to cash from banks and equity markets, but the Nobu group seems to be one of the biggest takers – accessing between $10 million and $28 million. The precise figure is not available as the documents only show loan sizes within certain ranges.

The beneficiaries of the fund were initially kept under wraps, but the data has been released, said Mnuchin, to provide “public transparency.”

Millions of dollars have flowed from the fund, however, to help out big names in the food business like McDonald’s and Wendy’s. Controversy over the fund had already erupted in April after it was revealed that Shake Shack and Ruth’s Hospitality Group had also been beneficiaries, but they both later returned the loans.

There have also been some even more ironic recipients of the government cash, including the (usually) vociferous opponents of federal spending at the conservative Ayn Rand Institute and the Americans for Tax Reform Foundation. A lettuce farm linked to Donald Trump Jr. was also approved for a payout. 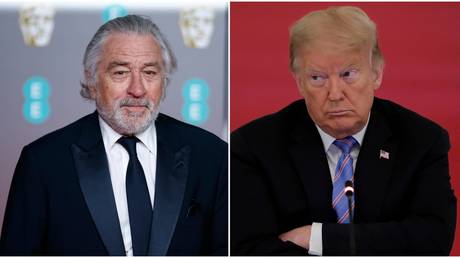